A few of you may have heard that there is a new Star Wars film coming out soon. It’s not much of a big thing really but this seems to be the time to be showing love for one of the biggest Sci-Fi franchises of all time.

As with every major film release, the hype can be immense and bring with it a whole world of commercial tie ins. With Star Wars EP.7 less than a month away *Squeal* EA have re-invigorated their slice of the franchise with the flippin’ awesome Star Wars Battlefront. The success of these tie-ins can inspire fans as much as the main film itself to create music, fan films and amazing works of art, both digital and scribbled onto the back of a post-it note while at your desk on a Wednesday afternoon.

One fine example of said works of art comes from a gent named Jason Stanley, an awesome designer based in the UK. He posts to his blog (Creative Juus) every Monday night in a hope to get people away from the dreary Monday blues by creating some imaginative and inspired designs on many different subjects and genres. His latest work has been inspired by the recent release of Star Wars Battlefront  and encapsulates the general mood of the game and indeed the franchise. 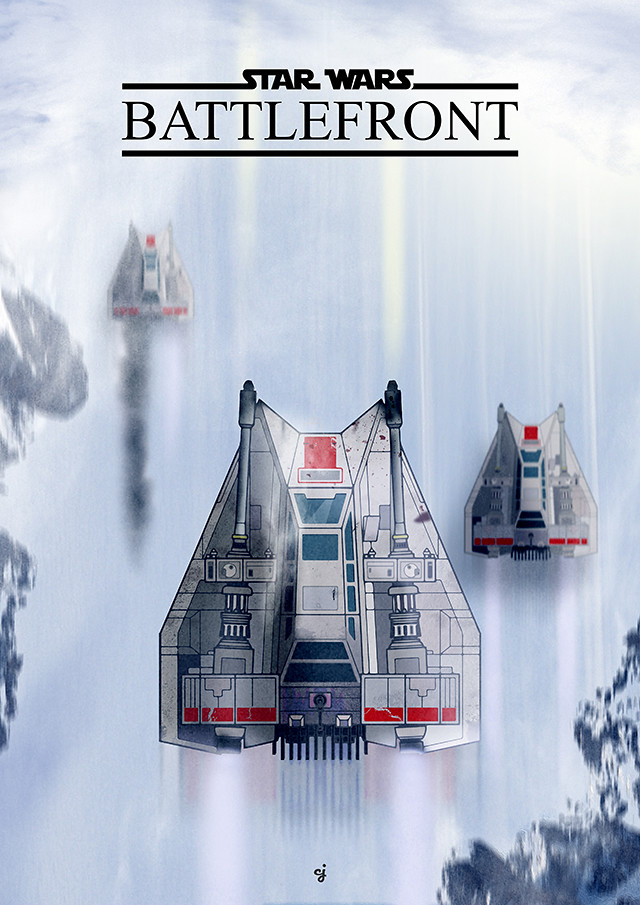 Other Star Wars works from Jason include the one and only Millennium Falcon and the mighty X-Wing and as with the above speeder pic, shows a lot of the intricate external details of the ship. Prints are avalailable to view and buy from his online store http://www.creativejuus.com.

While you’re there, check out his awesome Marvel inspired designs too. I can imagine they’d look great on the wall above my desk……….

Do you have your own fan art you’d like to share? Drop us a line here at iReek towers. @iReekofGeekUK

Full-time father, geek and hooman. But only part-time adult. View all posts by TheJamesNelson