With the first poster for Ted 2 now online they have also released details of the stars..but none of the plot which doesn’t surprise anyone as the plot was paper thin in the first movie and I suspect even thinner in the second film.

With rumours that Mila Kunis not returning we have to wonder what trouble Ted and John (Mark Whalberg) will get up to and also what redneck women they will find on the way. 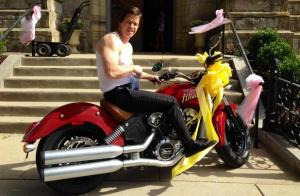 The teaser trailer debuts on January 29 so lets see if Seth McFarlane can deliver on this film to eradicate the pain of “A Million Ways To Die in the West”.  The only thing that made me laugh about that film was how “Elders” react to the movie.